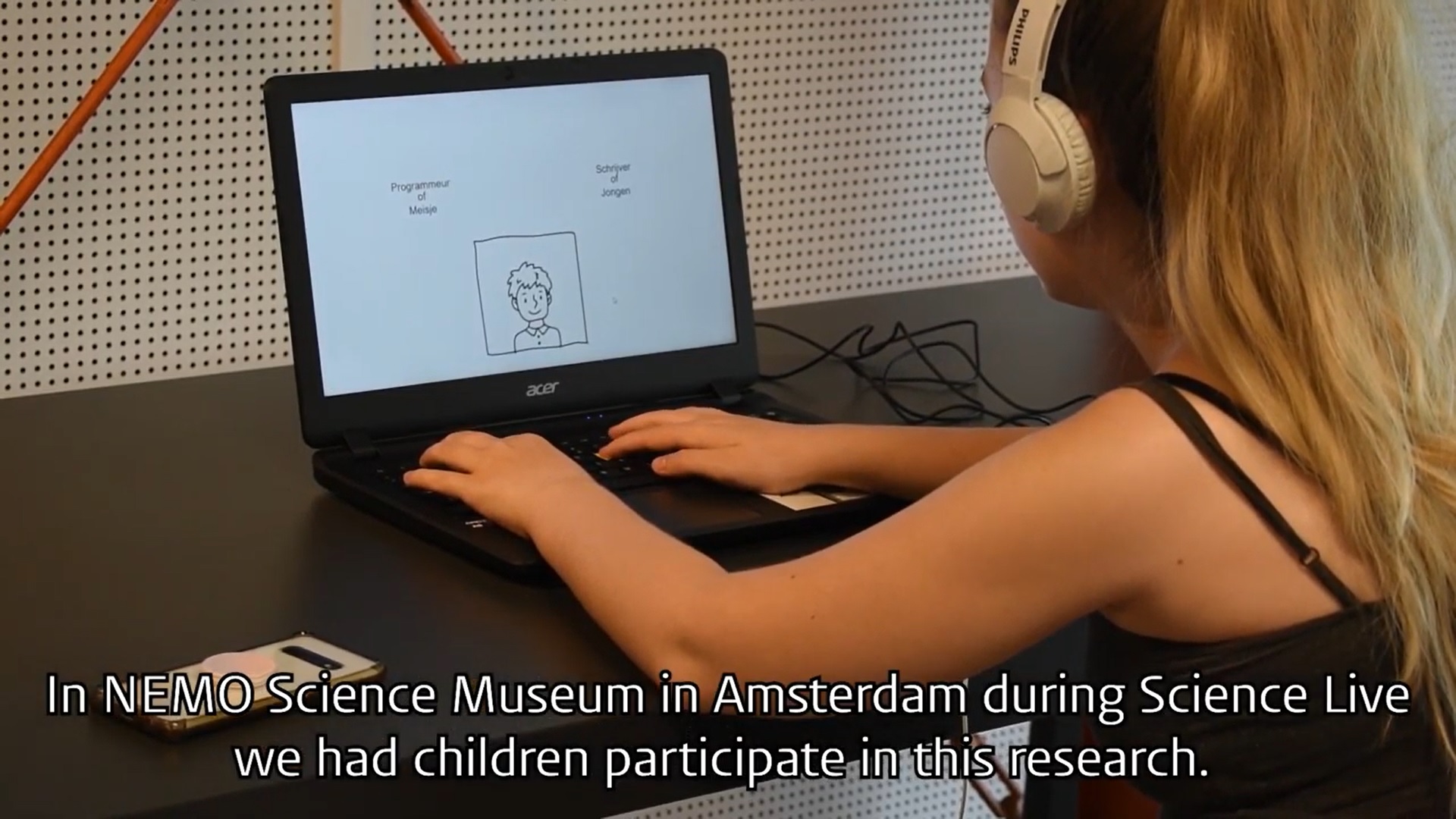 By digitalsociety-admin 9 February 2021 News
No Comments

What do children think about computer science and the profession ‘programmer’? Shirley de Wit and her colleagues from the Programming Education Research Lab (PERL) are investigating how children see programmers and whether they have stereotyped images of this profession. Last summer more than 550 children participated in their research at the NEMO Science Museum during Science Live.

Programming is not a popular profession

‘It is very important to investigate stereotypes among children,’ says De Wit. ‘We can see exactly what kind of images they have of a programmer and what career choices they make at a later stage. In the end, you can then respond to this in order to attract children more to a profession as programmer.’

The first data analysis shows that programmers are not a popular profession among children, both boys and girls. Girls find it even less interesting than boys. De Wit: ‘We also see that children tend to think that activities such as gaming are more often done as a hobby by programmers than by writers. The funny thing is that they think that programmers are more social than writers, something we didn’t expect because of the stereotypes about other technical professions.’

During the analysis they also want to search for differences in images between the ages. ‘If we see that an image is created at a certain age, we can take advantage of this to change that image,’ says de Wit. ‘You can think of guest lessons at school by role models or by giving more programming lessons. This is also what we want to focus on in the follow-up research: looking at the effect of the approach and topics in a programming lesson on the children’s image.’

This research was funded by VSNU Digital Society and COMMIT/. The research was carried out in collaboration with NEMO Science Museum – Science Live, VHTO National Expertise Office for Girls/Women and STEM, Belle Derks (Utrecht University) and students at Delft University of Technology.

Would you like to get an impression of PERL’s research in NEMO Science Museum during Science Live? Take a look at the video in which Shirley de Wit explains more about the method and the first results of the research