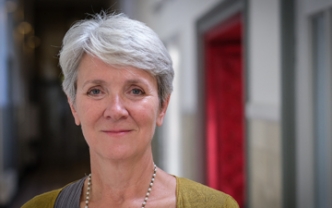 Digital hopes and fears in times of pandemic

In early 2020, the corona virus started to take its toll around the world, on people’s health and daily lives, on healthcare systems, and on the economic well-being of individuals, companies, sectors and countries. People’s work, education, cultural and political engagements changed dramatically, often overnight. Despite some of the claims that viruses are not respectful of social positions, it soon became clear that ‘we’ are not all in this together, as the health and economic consequences of corona are very unevenly distributed across most of the usual markers, including age, ethnicity, gender, and socio-economic status.

All of these changes have prompted much reflection by journalists, policy makers, academics from across the disciplines, and of course by individuals confronted by the consequences of their life choices made in different times. (Dumitrica et al, 2020; Huysman, 2020) Experts – systematically attacked and undermined by populist politicians around the world – have restrained themselves from saying ‘we told you so’ as their knowledge and expertise were suddenly re-valued and much needed. The skills of healthcare workers (including cleaners and other non-medical specialists working in hospitals and care facilities) have been recognised, though not everywhere rewarded. Other jobs, often poorly paid and not highly regarded, have demonstrated their worth to society, jobs such as stacking shelves in supermarkets.

Some of the reflections have started by wondering how the world would have coped without the myriad of digital technologies currently available to us. Communicating with loved ones, working from home, engaging in education at a distance are all dependent on a huge, complex digital infrastructure. Many of those reflections forget that only half of the world’s population are using the internet there are still many people in the world without access, though after several months, some commentators began to highlight the long-term risks of unequal access as some children may fall behind in their schooling because they do not have good connections. Those reflections often also raise the important question of how the digital infrastructure should be owned, managed and regulated as it is so crucial for the functioning of many aspects of everyday life and the economy.

Those of us privileged to be working in universities (often, though not always, with secure pay and the possibility to do much of our work from home) have often contributed to such reflections, and some have been more direct in their contributions to alleviate the crisis. For example, those working in academic hospitals and/or working in epidemiology or virology have been directly engaged in providing care, or in  understanding the spread and course of the disease, or in developing medications, devices and equipment for prevention and cure.

Many other academics have experienced isolation and maybe even feelings of existential angst. In better times, those of us working in the social sciences and the humanities convince ourselves that our work is important to a functioning democracy in which critical reflection is an essential skill and a means of speaking truth to power. In the rest of this piece, I take my place with those ‘other academics’, unable to contribute anything useful (and thus not part of a ‘vital profession’ as argued by Schinkel et al, 2020) to the resolution of this particular crisis, but convinced that the voice of critical reason is also necessary during a state of exception.

It is interesting to read some of the reflections written back in March and early April, when the crisis was at its first peak in Europe. They now seem like messages from a different world, offering the ‘first draft’ of history for future historians to consult. This is also such a contribution, a bit later, but based on reflections and ideas generated by a group of early career researchers involved in the Digital Society programme. In our April monthly meeting, they decided to reflect on both the utopian and dystopian outcomes of the corona crisis for the different themes that constitute the programme: Health & Well-Being Responsible Data Science, Cybersecurity, Citizenship and Democracy, Education and Learning, Work and Organisations, Cities and Communities. Fifteen researchers from eight of the 14 Dutch universities took part in an online meeting. These early career researchers are also affected by the crisis as they deal with short-term contracts, sometimes young children at home, sometimes isolated and unable to work as they might like. The meeting was facilitated by Bernold Nieuwesteeg (Erasmus University Rotterdam) from the Cybersecurity theme, using a system of ‘brainwriting’, easily adapted to an online environment.

Some of the utopian visions are very familiar: greater role for participatory democracy and engagement of citizens in the democratic process; diffusion and acceptance of telemedicine and telecare; greater commitment to open data and open science; new possibilities for online learning and education; new ways of working that benefit both workers and employers.

The dystopian visions are also familiar: strengthening the surveillance capacities not only of the state but also of the big tech platform companies; exacerbating inequalities between those with and without secure employment and/or access to digital technologies; the rapid circulation of misinformation.

What was particularly striking was how experts and expertise appeared in both utopian and dystopian visions. When politicians say they are ‘following the science’, they appear to recognise the value of science, though they often at the same time selectively use it for political ends. The dystopian vision is a strengthening of technocracy at the expense of democracy. This brings a reliance on technical fixes (now sometimes called ‘technosolutionism’, Morozov, 2013), in which more technology is always the answer, as seen in the rush to health and tracking apps (Mouter et al, 2020), without taking into account the legal, ethical and political complexity of such solutions. Technosolutionism never takes into account the actual contexts and practices of use, and simply assumes that people will use technologies in the ways imagined and intended by designers. Whereas we have learned from the steam engine and the printing press and pretty much every technology since that people will adapt, modify, domesticate or even hack technologies for their own circumstances.

These reflections lead to the following three (always provisional) conclusions. First, even in times of crisis, hopes and fears about technology recur. Technologies offer solutions to long-standing social problems and at the same time their use raises serious concerns. Second, while deterministic explanations remain, it is clear that technologies are the product of human decisions and activities, at both individual and collective levels. The pandemic may well shape future uses, for example if techniques for tracking introduced and justified during a state of exception become standard or even required features. Finally, while there is an urgency to find medicines to prevent or alleviate the disease, the need for critical reflection or ‘slow science’ remains. We do not yet know how many people will die or suffer long-term health problems, nor do we know what the social, economic and political costs will be. Understanding these processes is part of what social scientists and humanities scholars can contribute.