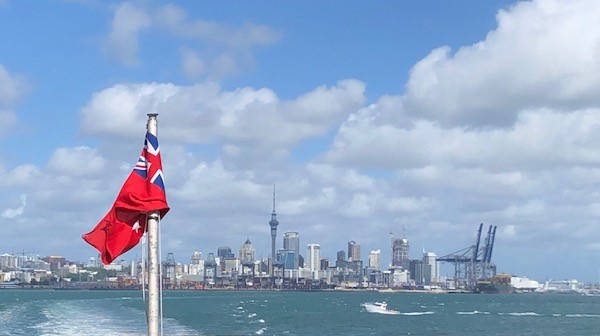 ISRII The Next Generation – a short dip down under

By digitalsociety-admin 13 May 2019 H&W News
No Comments

This year I attended the 10th scientific meeting of the International Society for Research on Internet Interventions (ISRII). Since I am relatively new in the field of online research, it was the very first time attending an ISRII conference. And lucky me; this year’s conference was to be held in Auckland, New Zealand! With a fairly large delegation from the department of the VU University, we set off to the other side of the world to meet other researchers, and to present and attend some very interesting presentations. The conference was organized at the University of Auckland on February 13-15. The program consisted of an excellent scientific program as well as numerous social and cultural events. I was looking forward to meeting the people I already read so much about and to hear about their interesting work.

The conference started with a powhiri, a Māori welcoming ceremony involving speeches, dancing, singing and finally the hongi, a traditional Māori greeting (pressing together of nose and forehead in greeting). During this ceremony men and women are positioned to reflect their importance. For instance, during the procession from the gate to the wharenui (meeting house), women are to walk in front because they are most important. When seated in the wharenui, however, the men sit in the front as to protect the women. During the ceremony there were several speeches (first in the speakers’ native tongue followed by English) and songs. At the end, everyone was invited for the hongi. When doing the hongi, it is very important to not rush into it and risk head butting the person you want to greet. 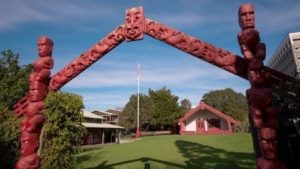 Following morning tea was the opening address. A group of young native (male and female) students performed song and dance, and a haka to officially start the conference. Afterwards, we were invited to also learn a haka. Again, men and women separated underpinning their specific roles within the community.

The scientific program of the conference was excellent. There was a wide variety of topics covered by presentations, discussions and posters, making it hard to decide what session to attend. On Wednesday, there were two very interesting keynotes. Prof. Ricardo Muñoz elaborated on his work on the prevention and treatment of major depression, smoking interventions, and the development, evaluation, and dissemination of self-help online interventions. Dr. Lance Sullivan, who started his keynote with a haka, created New Zealand’s first digital health program for children across the country that delivers health services to communities of children. In the afternoon, there were several parallel sessions to attend.

Thursday’s keynote lecture was presented by Dr. Rita Orji, who presented her work on mhealth and digital health optimization in African nations. Again, the afternoon was filled with many interesting parallel sessions on a variety of topics. The final keynote on Friday was covered by Professor Sally Merry, who took us into the world of SPARX. SPARX, the world’s first computerized therapy for young people with depression, is an avatar-based fantasy game. On Friday I also had the opportunity to present my poster. Together with many other (junior) researchers we had the opportunity to discuss our work with other researchers from our field, providing the opportunity to receive valuable feedback and gain new insights. 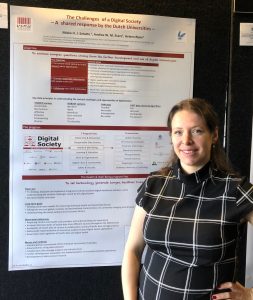 The program provided many opportunities to interact with other researcher attending the conference. Thursday kicked off with the early career breakfast, where early career researchers had the opportunity to have an informative conversation with an expert in the field about research, grants, publishing and moving up the career ladder. The expert at my table was professor David Mohr. His take-home message was to find (or create) your niche in your field of research. The field of internet research is developing at enormous speed, and now is the time for the younger generation to approach the current knowledge with their fresh perspective to further expand the body knowledge on internet research.

On Thursday evening, the conference dinner was organized at the Royal New Zealand Yacht Squadron, which also accommodates the America’s Cup (aka Auld Mug). Not only did the dinner provide the opportunity to talk to other attending researchers, several awards were handed out. Dr. Rita Orji was awarded the prestigious ‘Rising Star Award’. At the end of the evening, many researchers showed their moves on the dance floor.

Attending the 10th scientific meeting of ISRII has been an exhilarating experience. The meeting gave me the opportunity to meet many researchers from the field, learn about the interesting studies that are going on, and to gain some cultural experiences. I’m already looking forward to the next edition!